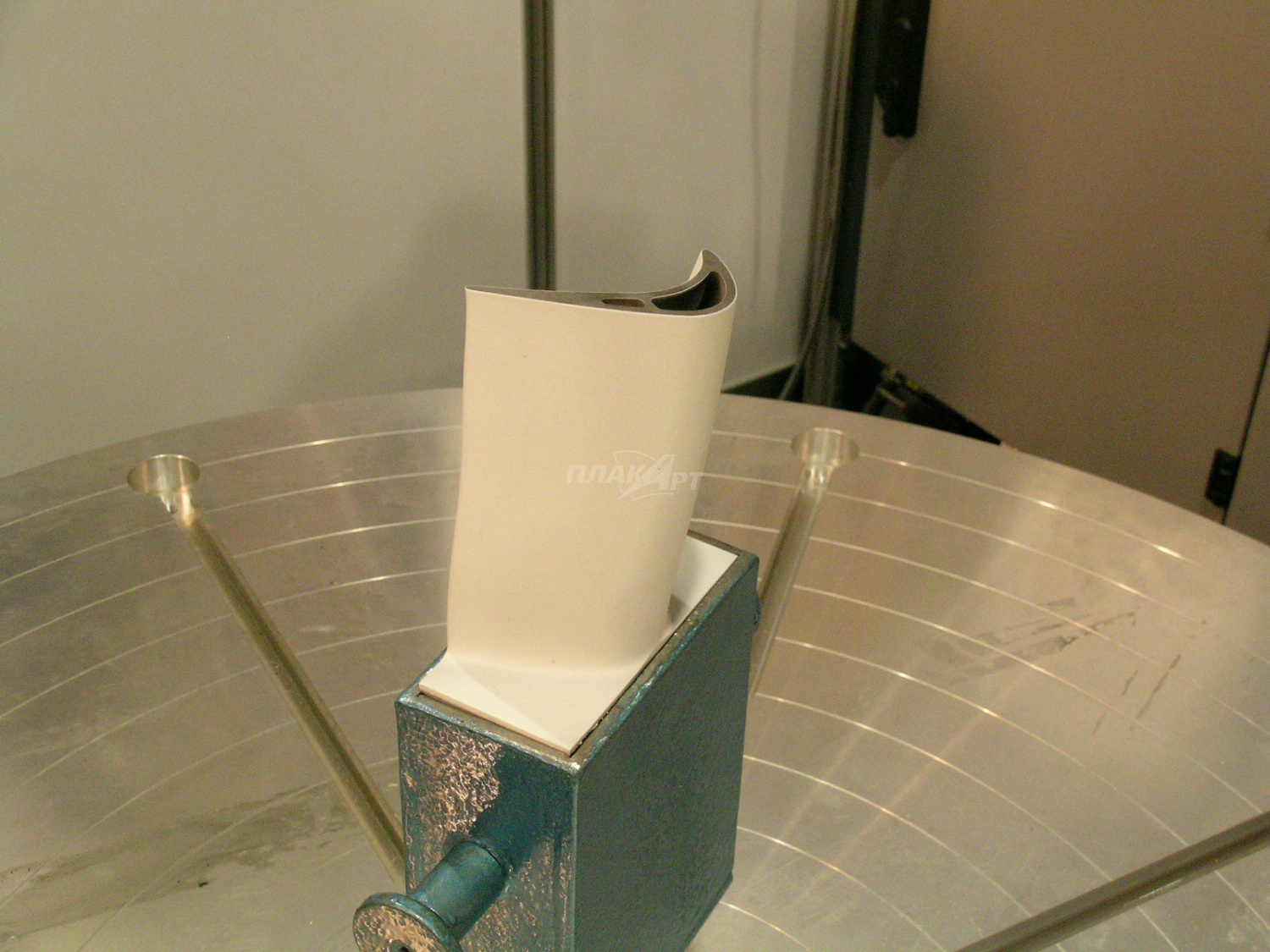 At elevated temperatures, the durability of turbine turbine engine blades is largely determined by the ability to protect them with heat-resistant coatings. Air cooling supplied to the internal cavity ensures normal operation at metal temperatures up to 1000 - 1200 ° С, depending on the type of superalloy. With a subsequent increase in gas temperature, the use of blades without coatings becomes impossible, since a further increase in the temperature of the heat flux supplied to them can lead to a deterioration in their cooling and, as a consequence, an increase in the surface temperature above the critical one. This adversely affects the resource of the working blades. Replacing damaged blades in the course of repair is a rather costly and time-consuming procedure. An effective way to protect the internal and flow surfaces of the blades from corrosion damage and high-temperature oxidation is the application of modern heat-protective coatings (HRC) by air-plasma spraying, designed to reduce heat influx to the blade material.

The process of protection consists in the formation of various oxides, mainly on the basis of aluminum - this is Al2O3. Alloys with this metal are characterized by high protective qualities and relative cheapness. Among the actively used sublayers are aluminides NiAl or Ni2Al3, MeCrAlY.

The main types of coatings and their features:

The use of heat-protective coatings allows to achieve:

JSC "Plakart" produces heat-shielding coatings for elements of the hot turbine path at our production site in Moscow by means of high-speed and plasma spraying.

Layers are created in this way:

Production Plakart certified for the application of repair coatings on the elements of the hot tract leading foreign and Russian manufacturers of turbines: GE, ODK, Power Machines. The quality system is certified according to ISO 9001.