Restoration and protection against corrosion of the working surface of PED ESP casing without disassembling the product. 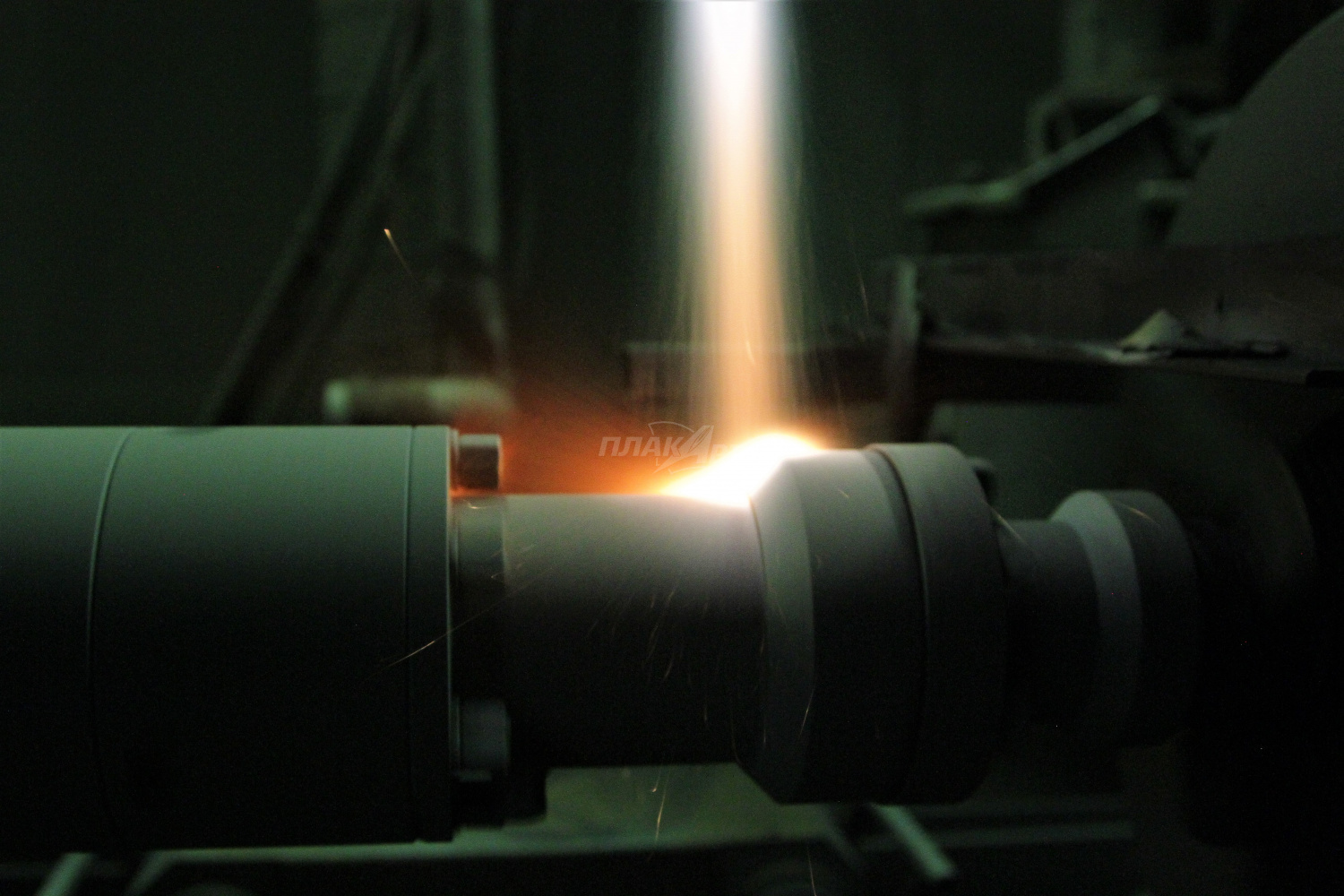 Analysis of the causes of failures of the ESP unit shows that the main reason is due to the formation and rapid development of corrosion processes in the well. All the main components of the ESP unit, including the working bodies of the pumps themselves, the SEM, etc. are subject to corrosion.
For more than 20 years, JSC "Plakart" specializes in the application of gas-thermal methods of applying special anti-corrosion coatings on metal surfaces, allowing to extend the life of technological equipment. Hard-alloy protective coatings have significant advantages over galvanic chromium plating. These advantages make it possible to reduce the cost of production and service, as well as to increase the reliability of submersible and other types of equipment used for oil and gas production.
Submersible equipment used for mechanized oil production: hull parts and components of ESP (including pad), as well as tubing, is constantly under the influence of mechanical impurities, corrosive formation fluids and is operated in conditions of high water content, scaling, high temperature. All this leads to corrosion destruction of materials, which can be prevented, including through special methods to improve the anti-corrosion properties and wear resistance of the equipment.
The application of thermal spray coating allows to improve the performance of the ESP, to increase service life of parts and components, contributes to the increase of MRI equipment by preventing different types of corrosion: General, spots in the form of a plateau, pitting, pin, grooves and mesa corrosion. By increasing the corrosion resistance of products reduces the coefficient of friction and, as a result, prevents setting.
The first experiment to repair corroded ESP (no through-corrosion damage) has been carried out by specialists of JSC "Plakart" in 2003 in OJSC "Samaraneftegaz". As a result of the gas-thermal coating, the operating time of the pus for failure increased by more than 12 times (from 15 to 186 days), and when removing the pump, only corrosion of the bolts was noted.
Application of GTN also provides: reduction of costs for repair and purchase (including import and, as a rule, expensive) components and reduction of downtime of equipment in repair. With the strengthening of the new ESP pad housings, the service life is increased several times compared to the uncoated housings.
When selecting the maintainable equipment, special attention is paid to the absence of through corrosion and the residual wall thickness: it is necessary that it exceeds 2 mm. it is Important to emphasize that the protective coating is applied not for the purpose of restoring and "sealing" the corroded places, but to protect the product from further corrosion.

The work is carried out in several stages:

The economic effect of the application of the technology of coating by high-speed spraying is the sum of the effect of reducing capital costs on purchase of a new pad to replace decommissioned due to corrosion damage to the case. So, back in 2012, JSC "Samotlorneftegaz" of the decommissioned 1373 sections of the pad, about 300 sections were suitable for restoration, which would cost 8-9 times cheaper than buying new equipment.